These are all T2 (Terminator) finds. Some of my choice finds. I have several thousand people that read my reviews on a few websites and forums and I get many emails asking advice on finding the good silver/gold finds in contaminated ground. I did not plan this but we help where we can. The John Penny is a significant find, so is the Belgae Celtic unit and the Edward VI Harp mintmark hammered. 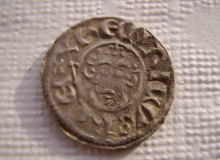 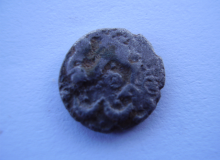 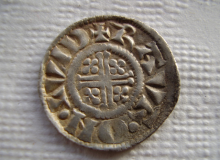 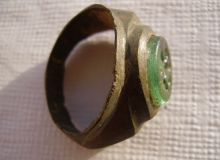 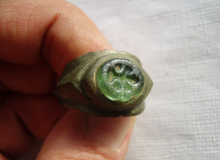 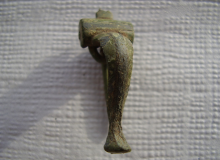 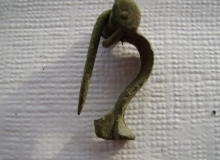 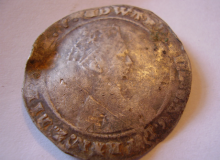 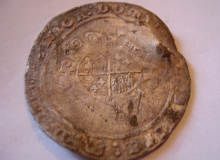 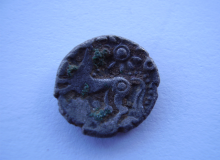 Mintmark star STR Minted in: Trier, 321 AD. Reference: Not in RIC. Bikic-Do Hoard, Sirmium VIII, 47 (found in Bikic-Do in E. Europe as part of the hoard) Rated R5 = of the highest rarity, only one known until now! A similar one but without the star in the mintmark and only holding a Victory and a mappa (like a rolled up napkin) is here:

OK, so this was made in 321 AD and the teeny weeny tiddlers were more or less started by Theodosius II (408-450 AD) and continued with, e.g. Valentinian III, (425-455 AD), Leo I (457-474 AD), so this was around 100 years after the original coin was made, which is an awful long time for a coin to continue to be in circulation (especially as the Romans were now gone from GB). What I think is, that these little flans were used for what we call "barbs" or barbaric coins. In fact I just received a barbaric Fel Temp (fallen horseman type) only today from my friend George in England (he is an ebay seller, he buys coins from detectorists, I ID them for him and he pays me in "Fel Temps" (fallen horseman types, as he knows I collect them - there are over 2,000 variations of them!) It looks like there are the letters OB on that bit of lead sticking up in the circle, so the cutout would have been made with the obverse face down, by the look of it. 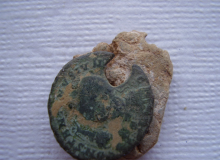 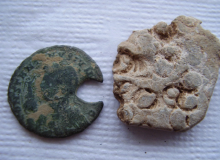 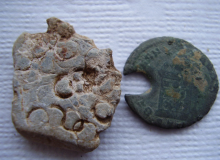 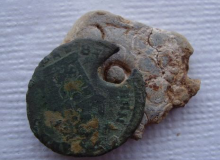